The start on insects

We originally restricted the InvaCost on invasive alien insects. Because of their key ecological roles, as plant grazers, invertebrate predators or pathogen vectors, insects are among the most damaging organisms when they become invasive.

Globally, insect pests reduce yields by up to 40% and consume food that would feed an estimated 1 billion additional people. Several insect pests defoliate trees and are a threat both to plant biodiversity and forestry economics. In addition to the biodiversity and economic losses, possible feedback loops into climate change are worrying. In the warm years of 2000s, outbreaks of mountain pine beetle destroyed over 13 million ha in Canada, thereby contributing to the equivalent of five times the emissions of CO2 of its transportation industry. Public health is also directly impacted by insects, in particular vectors of lethal diseases, such as malaria that affects 300-500 million people worldwide, killing up to 1 million every year, mostly kids under age 5. There is a growing concern that the lift of thermal barriers in temperate regions could allow subtropical species, in particular mosquitoes, to spread and establish in regions where most of human populations have never been in contact with the diseases they spread, such as malaria, yellow fever, dengue, Chikungunya, and many others. Several species of insects are also a severe economic nuisance for human activities, such as tourism or real estate development. Invasive termites and ants, for example, are responsible for major economic losses in the countries already invaded (several billion US$ each yearly for the USA).

We therefore started this project with a postdoc (Boris Leroy) and then an Invited Professor (Corey Bradshaw). We published this synthesis in Nature Communication: Massive yet grossly underestimated global costs of invasive insects.

It is only because it worked so well that we decided to expand on all invasive alien species. 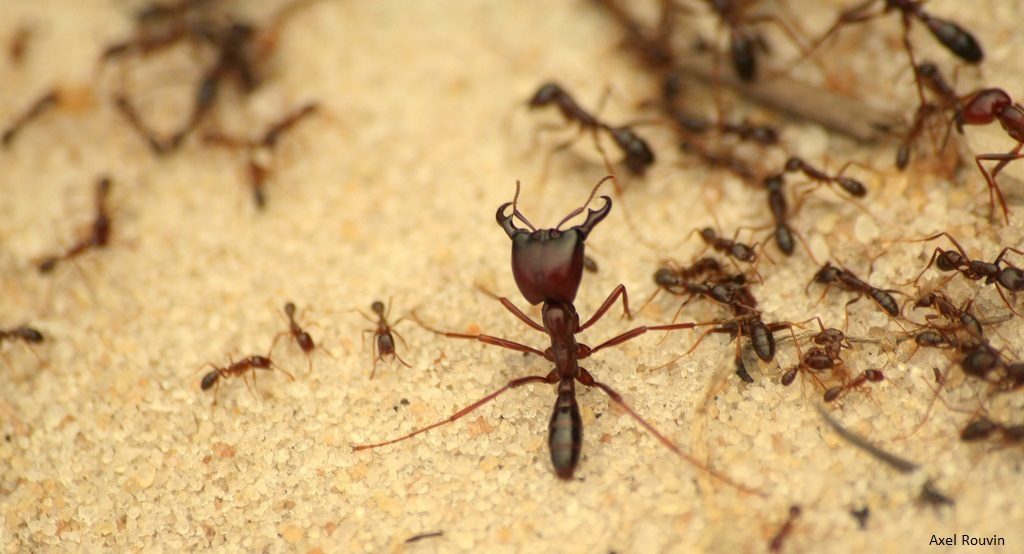