The main hosts of this virus are birds, between which the virus is transferred by mosquito  bites. Humans and horses are “fortuitous” hosts, where the virus is not able to complete its development (so there can not be direct transmission between them). 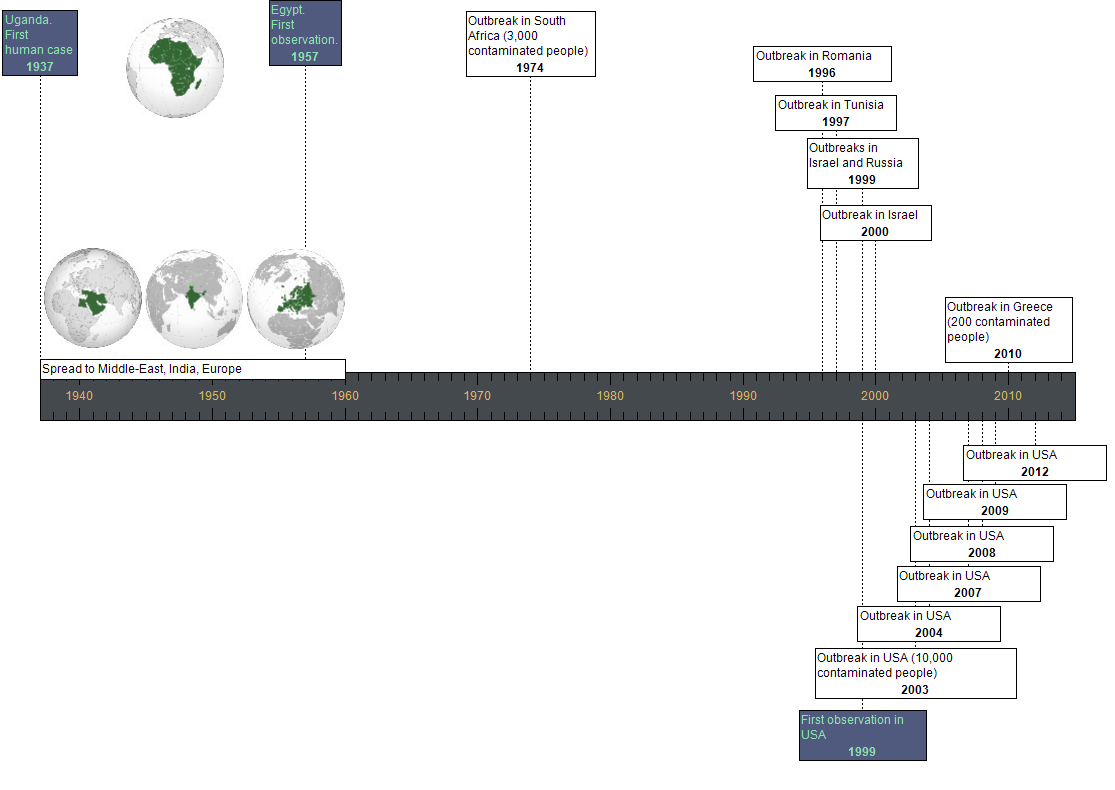 First time observed in a human on 1937 in Uganda (in West Nile region, thus the name), this virus spreaded soon all over Africa, then until 1960 it reached Middle-East, India, Pakistan and Europe.

In 1999 it reached United States, and it has been since observed in all North america, where it is now considered as an emerging disease.

Frequency of outbreaks is in augmentation since 1997, both on humans and horses. It has also been noted that the virus has became lethal on vector birds.