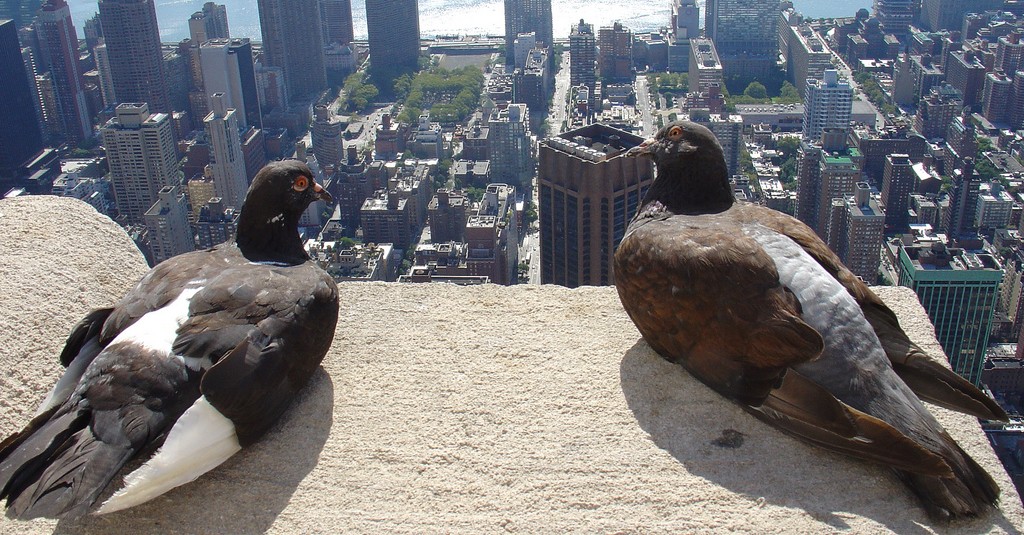 Air pollution, especially haze pollution, is creating health issues for both humans and other animals. However, remarkably little is known about how animals behaviourally respond to air pollution. Nevertheless, research team from the Laboratory of Ecology, Systematics and Evolution (Research Unit 8079 – University of Paris-Sud / CNRS (National Center for Scientific Research) / AgroParisTech) used the results of pigeon races in the North China Plain, an area with considerable air pollution, to observe the pollution effect on pigeons homing. They found that pigeons increase their speed of 22.7% when flying in polluted air.

Prolonged exposure to polluted air could be detrimentaltoan individual’s health. For example, particulate matters, the main pollutants in North China, have been shown to impede pigeon pulmonary function. Air pollution might be an indication of poor environmental quality, which might trigger rapid escape. Motivation to home could also be enhanced if the reduced visibility under haze pollution increases predation risk because it interferes with the ability of pigeons to detect predators from afar. By homing faster when flying through haze pollution, pigeons reduce the relative amount of time they are exposed to harmful or dangerous situations while away from the safety of their home roosts.

The possibility that pigeons could perceive a health risk associated with air pollution and fly faster as a result is an intriguing, new idea for environmental and human health, and would benefit from further testing in other non-human species. Moreover, it is generally accepted that pigeons use a two-step process to navigate, they use the sun and the geomagnetic field as a compass and they use visual and olfactory cues to create a map. While air pollution cannot enhance vision, it might also enhance olfactory navigation efficiency by providing supplemental olfactory cues to home.

The research team used multiple linear regression to analyse 415 pigeon races in the polluted North China Plain, obtained from the public website of the Chinese Racing Pigeon Association. The research team focused on racing data from the fall of 2013 and 2014 because this is the time of year with the worst air quality, and over half of the racing events are held during the fall. Since racing pigeons fly at an average of 60 km/h, and they are released mostly in the early morning, researchers eliminated races over 470 km to ensure that most pigeons potentially could return to their home lofts in the same day.With those data, they found that while the proportion of pigeons successfully homed was not influenced by air pollution, they homed faster when the air was especially polluted.

« We initially expected that pigeons would home more slowly due to the low visibility and potential negative health effects associated with air pollution. Contrary to our expectations, pigeons homed significantly faster when flying through more polluted conditions », explain Franck Courchamp, CNRS researcher who carried out the study..

Indeed, due to their higher metabolic rate and special respiratory system, birds should be particularly sensitive to air pollution and, like in humans, air pollution has been documented to cause serious health problems for birds. For instance, the accumulation of heavy metals and fine particles results in liver and lung damage and may affect flying ability. Moreover, birds’ navigation, which relies in part on visual or olfactory cues, might also be affected by air pollution, because of the reduced visibility or chemical interference under conditions of heavy haze pollution.

A large literature has documented deleterious effects of pollution on humans, such as increased incidences of heart disease, lung cancer, and high blood pressure. Based on these risks, public health officials have suggested that people reduce or avoid outdoor activities to protect their health when the air is heavily polluted. However, even if little is known, this study demonstrate for the first time that even non-human animals react to air pollution.